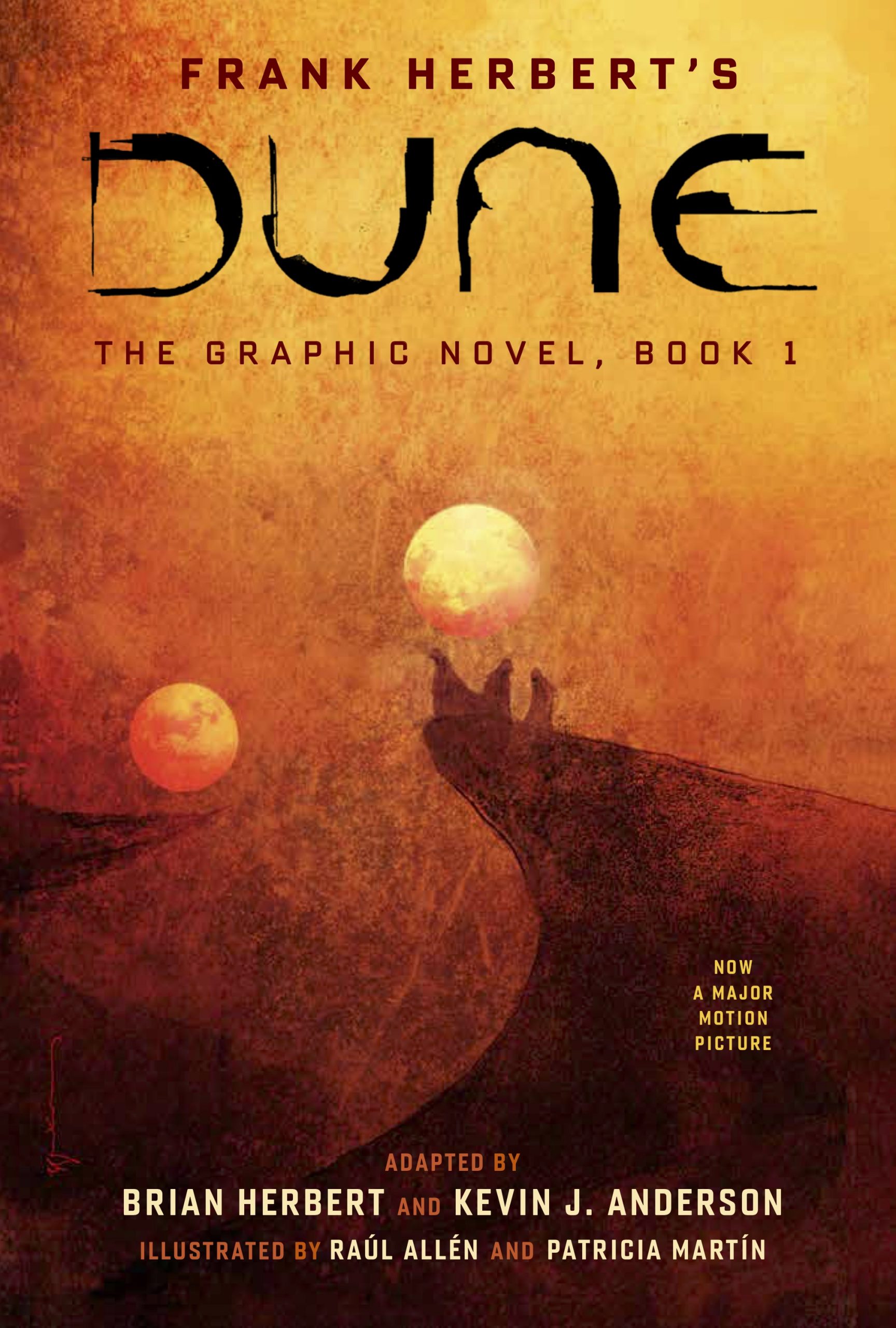 Brian and Kevin created a faithful, scene-by-scene adaptation of the original novel, exactly the way Frank Herbert told his story. This is volume 1 of three, adapting the first of the three parts in Dune. The graphic novel became a #1 bestseller in multiple categories on amazon. Order your copy today
Amazon*
Other Bookstore Options
*Affiliate Link

Dune: Adventures in the Imperium 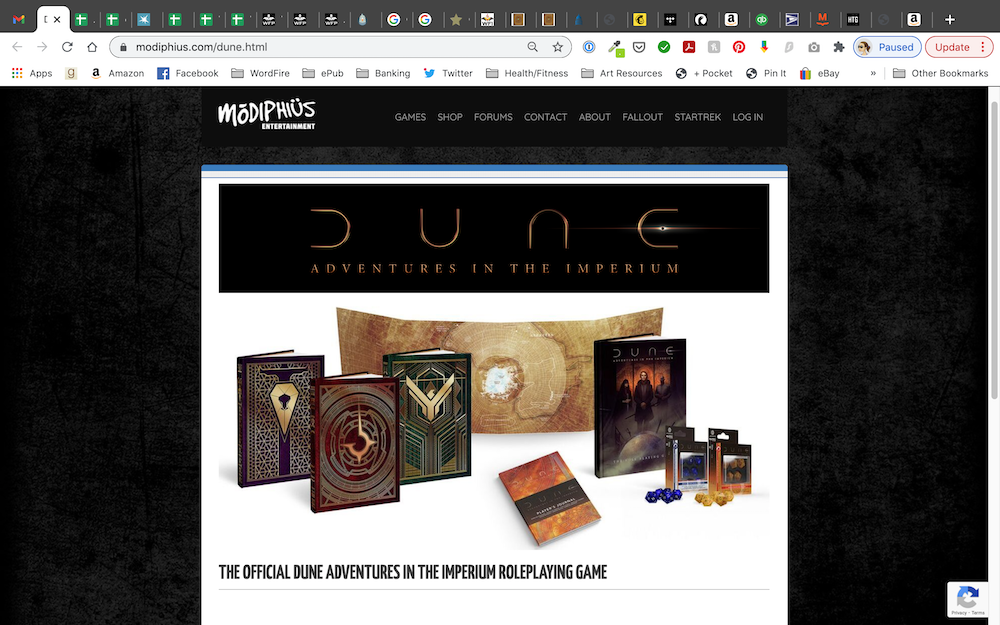 For an update on the new Dune RPG under development, see https://www.modiphius.com/dune.html

The first issue of the monthly House Atreides comic book was just released by BOOM! Studios, and the entire first printing sold out at the distributor level. But don’t fear, a second printing has now hit. BOOM! launched the first issue with multiple, unique variant covers available in specific markets. Below is a gallery of all the different cover possibilities. Please support your local comic shop, especially in these difficult Covid times. 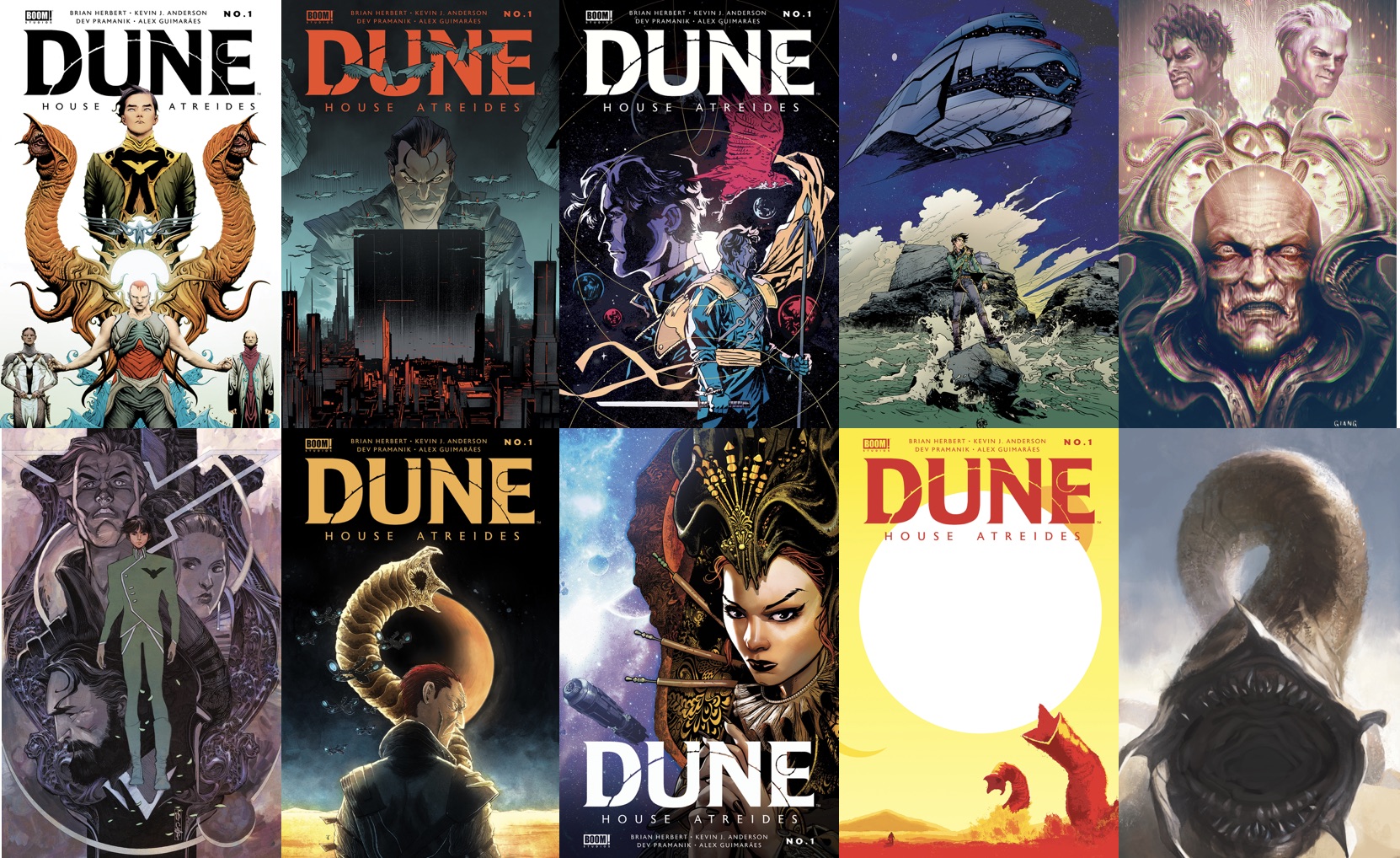 The Duke of Caladan is a bestseller!

Released on October 13, Dune: The Duke of Caladan reached #7 on the Publishers Weekly bestseller list the following week. With over a hundred reviews and a 4.5 star rating, the fans are loving it as well. Order your copy today! 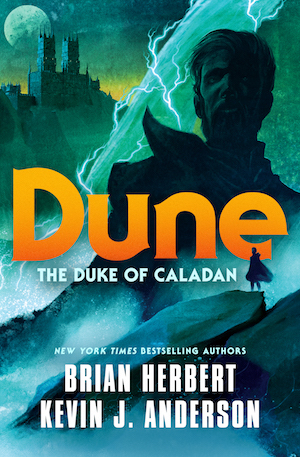